Last week we started our summer blog series called “One Summer, Many Stories” where we are featuring a few members of the TEDxOhioStateUniversity team each week and highlighting how they are spreading ideas and what they are doing this summer. Part I showcased Karan Rai, Sam Lechner, Brandon Mushchlitz, and Therese Rajasekera who are doing things from research to peer leading to traveling!

Stephany Tabet, our Curator and a senior double majoring in International Studies and Strategic Communication, is interning at a consulting firm in Beirut, Lebanon!

“This summer, I am spending three months in Beirut, Lebanon to visit family and friends. While this, per usual, is incredibly fun and exciting, I am mostly thrilled about the opportunity I have been given to intern for a company that I believe is at the heart of Technology, Entertainment and Design in the Middle East. In fact, I have come to realize that my passion for the ideals of TED surpasses my mere participation in TEDxOhioStateUniversity. Now, I seek “ideas worth spreading” not only in my academic life, but in my professional and personal lives as well. TED has made me an actively (albeit annoyingly to some) curious individual.

This realization has allowed me to reflect on the universality of TED’s simple mission. No matter where you are in the world, the concept of inspiring individuals through small, yet groundbreaking ideas is addictive. Unlike most of my interactions in the United States, in Lebanon, few have heard of TED Talks- something I find to be mind-blowing. This hasn’t stopped me, however, from blabbering about them, sharing videos, and excitingly referring people to TED’s website. While few might care about my nerdy efforts to convert them to the likes of Sir Ken Robinson, Amy Cuddy or Esther Perel, the possibility to inspire one person in the process, to me, has the potential to be revolutionary.” 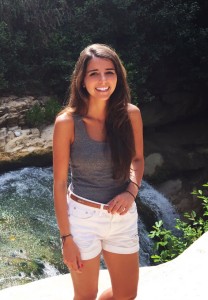 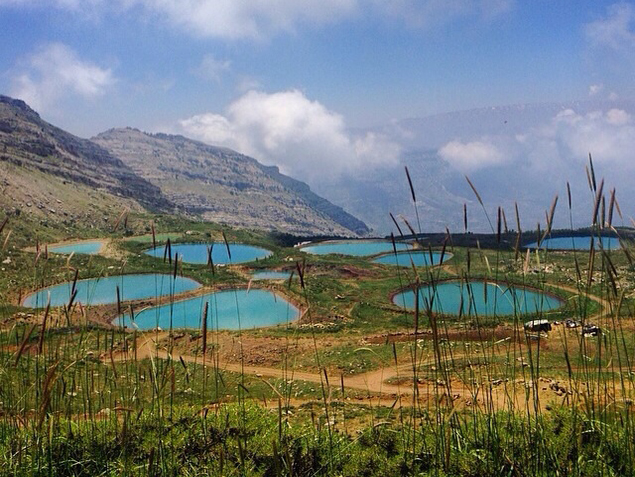 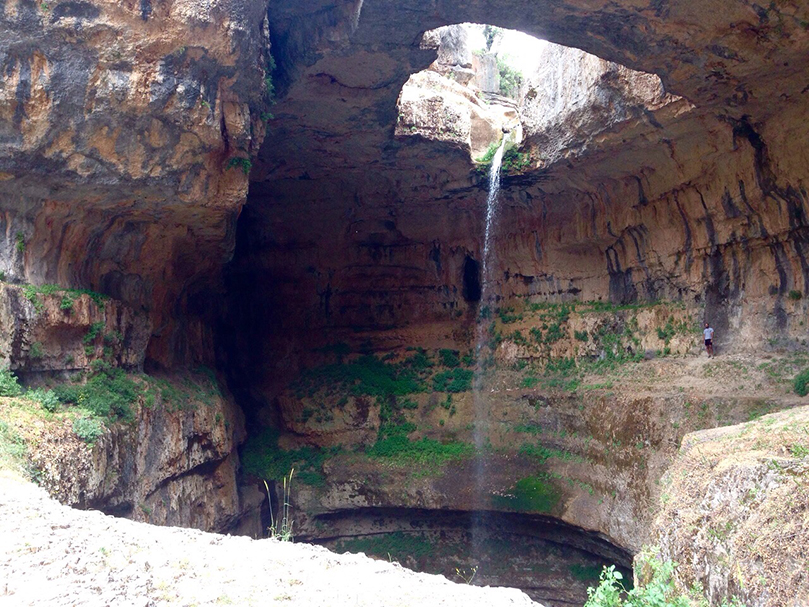 Caroline Klug, a member on the Community Engagement Committee and a junior majoring in History, is studying abroad in Europe!

“This summer has been the most chaotic, stressful, educational, moving, wonderful, (and a myriad of other adjectives) adventure of my life. On July 1st, I will be returning home after spending eight weeks in ten different countries across Europe. For the first three weeks, I was participating in the OSU World War II Study Abroad Program. About 18 others students and I were led through London, Paris, Normandy, and Berlin by two of our professors. We visited Bletchley Park, the Churchill War Rooms, Utah and Omaha Beach, the Reichstag, Sachsenhausen Concentration Camp, Hitler’s bunker, and many other sites. It was incredible to be at the places that I have been studying about for years. Reading about history is one thing, but actually being where it happened is indescribable. While our program focused primarily on WWII, we were also given free time to explore other aspects of the cities we were in such as the Eiffel Tower, Shakespeare’s theater, the Louvre, and the Tiergarten. The trip really was the best of both worlds and I highly recommend it to everyone.

Since the end of the program, my best friend and I have traveled to Prague, Vienna, Budapest, Salzburg, Konstanz, Brussels, Amsterdam, Paris, and Dublin. This is the first time that either of us have traveled abroad on our own, and it has been quite the learning experience. We have had to be completely responsible for ourselves, because if any problems arise, our parents are literally thousands of miles away and cannot help us. At first, this was kind of scary, but now I feel comfortable being on my own abroad. I have learned how to communicate even if I don’t know the native language. I have learned how to navigate unfamiliar streets and adjust to new customs. I feel more confident about asserting myself, improvising, and trusting my instincts. I have gotten to meet some of the most wonderful and interesting people from all around the world and hear their stories and ideas. I’m sad that my adventure is nearing its end, but I’m excited to go home as well (I’ll admit I’m a tad homesick). I’m looking forward to spending the rest of my summer catching up with friends and family,and then starting my junior year this fall.” 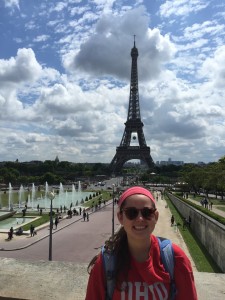 Alex Cochran, our Director of Content and a junior majoring in Materials Science and Engineering, is on campus doing research with nano fibers!

Alex2“This summer I am working as a student research assistant in the department of Materials Science & Engineering at Ohio State. I work with “smart” nanofibers, called as such because they are engineered to be oxygen sensitive. These fibers can be made into scaffolds and used for all kinds of in vivo and in vitro experiments to monitor oxygen levels in real time. Specifically, my work is contributing to a project that is helping improve a type of wound therapy that is performed around the world, including by doctors at the Wexner Medical Center. I also have a job as a driver for TrashCab LLC, a small recycling company based in Columbus.

Other things I’m doing this summer include going to as many baseball games (Clippers, Indians, maybe others) as possible, learning how to blacksmith at the Columbus Idea Foundry, and several DIY projects. One such project is a refractory furnace that I can use to melt and cast aluminum in my driveway.” 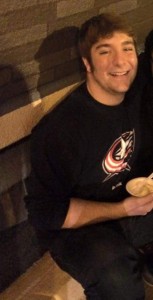 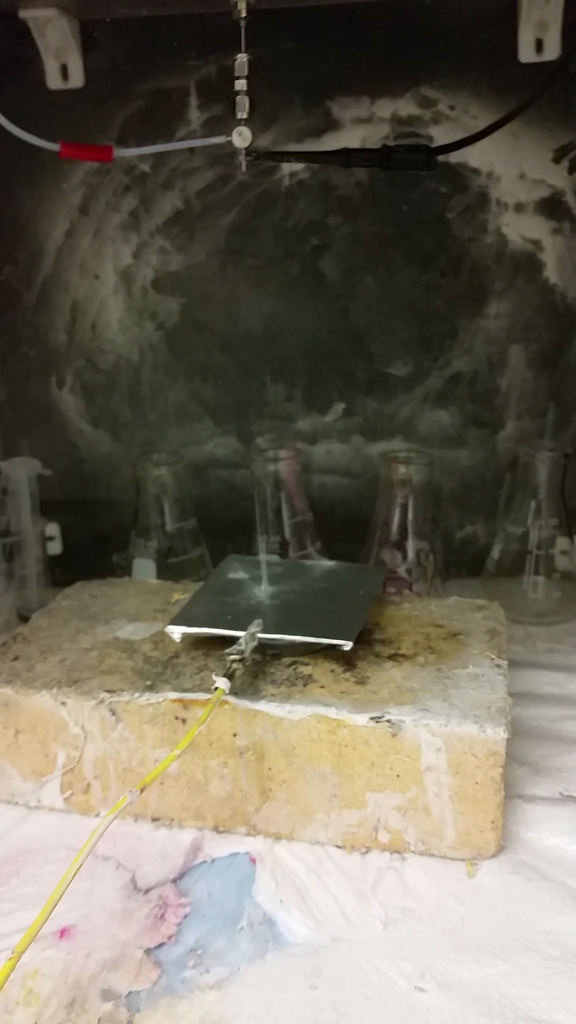 Cassie Smith, a member on the Communications Committee and a sophomore majoring in Strategic Communications and minoring in Non-Profit Studies and Theatre, is performing in Shrek!

“In addition to taking a summer class, I decided to explore one of my passions, theatre. I’ve always loved participating in the summer stock shows at Kent State University Trumbull, and when “Shrek” was announced as this year’s main stage musical, I knew I wanted to spread ideas through this show. The production follows the storyline used in the popular DreamWorks film, but adds more depth to the crazy cast of everyone’s favorite fairytale characters. Originally, I was cast as the one and only, Peter Pan, but was asked by the director to step up and take on more responsibility as one of the Three Pigs, Three Blind Mice, and a Knight in Shining Armor. Like many of my cast mates, I was not a huge fan of the Shrek movies, but the musical immediately changed that because of the message: “what makes us special, makes us strong.” This lyric, from the song “Freak Flag,” comes from the fairytale creatures’ realization that even though each one of them is different from their neighbor, when combined they can work together to accomplish any problem, including taking down the vertically challenged Lord Farquad. This notion of self-acceptance is so relevant with people of all ages because we all want to be loved for who we are and what we believe in. The entire show is well written, with lots of comedic and heartfelt moments that people of all ages can connect to, and the music is fantastic (plus the Broadway edition is on Netflix!). With rehearsals every week day since mid May, I have grown immensely and I cannot wait to continue working on my theatre minor when we get back to Ohio State. I’m extremely blessed to be working with such a wonderful cast, full of energetic, friendly, and passionate thespians. I am eager to share this message with audiences the last three weekends in July, and let my “Freak Flag Fly”. Life on a swamp isn’t too bad after all.”

For more information about the show, check out the KSU Summer Stock’s Theatre Facebook page. 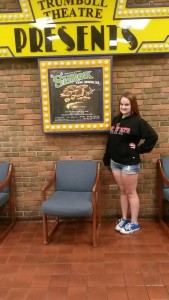 We hoped you enjoyed Part II! Come back next week, Wednesday July 8, for Part III of this amazing series and learn more about the TEDx team! For those who did not get to read Part I, here you go!

Follow us on social media (@TEDxOhioStateU) for the latest updates!

One Summer, Many Stories: Part III

Two weeks ago, we started our summer blog series called “One Summer, Many Stories” where we are featuring a…

One Summer, Many Stories: Part I

Although it is summer break, the Ohio State TEDx team is still very active. Various members of our team…