One month has passed since Reconstructing Reality, and the TEDx team has already started to work on next year’s event. To make our 2017 event even better than this year, we sent out a survey to this year’s attendees. We have been overwhelmed with positive responses. Reconstructing Reality is an event our team is proud of putting together, and we are thrilled that our attendees enjoyed the experience as well. 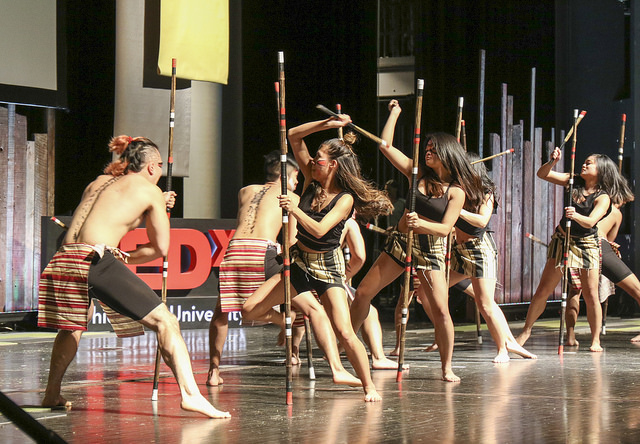 Reality is an abstract concept. It relies heavily upon the perception of the person who is defining it. In order to reconstruct realities, we first need to evaluate what we individually consider to be a reality. This year’s speakers were faced with a tough task: reconstructing an idea that is unique to every individual.

"Even though the speakers were not always what I expected, the entire experience was thought-provoking and allowed me to see different viewpoints and hear a variety of ideas from a diverse group of people."

Furthermore, several survey responses applauded the TEDx event “as an incredibly moving experience that opened up my mind to so many things that I don’t even think about. Even if you don’t go out and decide to completely change your life, these talks make a lasting impact and give you something to think about.” We are currently aiming to create an event for next spring that will do the same!

In terms of focus, Reconstructing Reality went further than just the theme; each speaker contributed to a large ideology spanning the physical and virtual audiences. A survey response applauded this year’s speakers by saying, “I really enjoyed hearing the speakers and I think others could benefit from hearing the personal testimonies. The speakers spoke on various topics that I don’t usually hear about and it opened my eyes to new perspectives.” TED, as an organization, aims to present ideas that have the power and ambition to change the world by introducing people to ideas and revelations. Reconstructing Reality, an extension of TED, aimed to share ideas of equal caliber with like-minded individuals. Another survey response stated, “While I didn’t agree with some of the speakers points of view, I was able to understand why they took positions they took.” 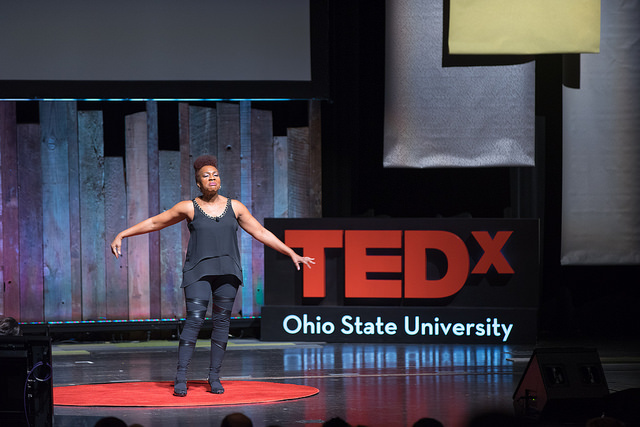 One of the best responses to TED/TEDx talks are the conversations the talks create to discuss the ideas that speakers introduce. It is wonderful to know that the Ohio State community is open to new ideas and is still talking about the event, even a month after. One of the best features about TEDx is that it is created within a community. Our Ohio State team works to find speakers who represent the voices of students, faculty, and alumni.

"It was an eye opening experience to learn that so many interesting stories were walking past me on campus every day."

The Ohio State community is boasting with intellectual and innovative individuals; there are many ideas to be explored and dialogues to be had. 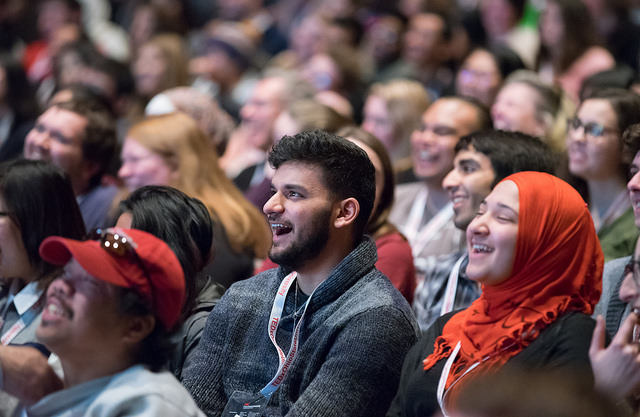 Reconstructing Reality and past events hosted by TEDxOhioStateUniversity have continuously strived to emphasize the OSU community. While some TED talks can be streamed online, being in the physical audience for an event makes for a much deeper experience. An attendee expressed this idea noting, “Being in person for [a talk] rather than behind a screen makes each story that much more real. The ideas presented are much more attainable when this additional connection is built as well.” Future events will build on the community we have established thus far. Attendees who have been to multiple of events were pleased with Reconstructing Reality too.

"The past three TEDxOhioStateUniversity events have changed my life. This year was no exception, with a push to alter my view of reality and the important issues in life. As a graduating senior ready to make an impact on this world, [Reconstructing Reality] has given me the extra drive to achieve the unattainable and to strive for more. I am forever grateful for the community embodied in each event for allowing me to grow and learn alongside them." 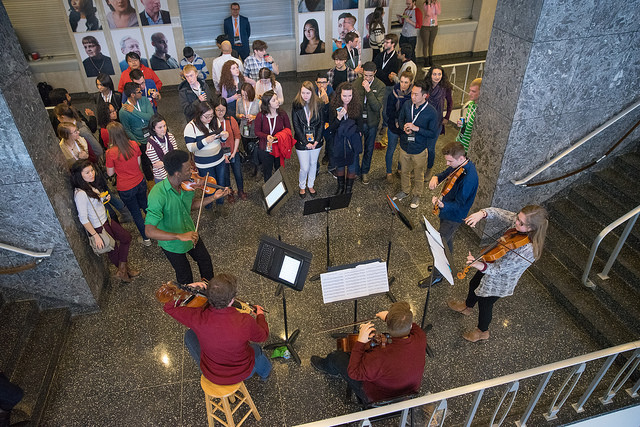 Our team is exciTED to work on next year’s event and to bring more riveting ideas for the Ohio State community to engage with. Keep an eye out for the videos for this year’s talks which will posted to YouTube in the next few days! Thank you to all who came to Reconstructing Reality and to those around the world who tuned into the livestream. A final response from an undergraduate student sums up an attendee’s experience well:

"Attending TEDx was one of the most inspiring experiences I’ve had as an undergrad, and I will probably invite every person I know to go next year. For me, TEDx was a reminder of the amazing work that students are doing around campus- students who have lived just as long as me, and yet accomplished so much. And while I watch TEDTalks all the time, this live conference motivated me more than ever to work towards my goals and find ideas worth sharing."

Hello hello! Today we are kicking off the first segment of TEDxOhioStateUniversity: Summer Series! Our members work very hard…

The Impact of A Livestream

This year, our team worked diligently and enthusiastically to create our best event yet. Reconstructing Reality, on March 5th,…